The video began with a mother and daughter cutting pineapples. The daughter was seen struggling to cut the pineapple into half. Thus, the mother decided to show her by example. Through the observation learning, the daughter managed to pick up the skill very quickly. Next scene depicted a bunch of kids enjoying ice cream at […] 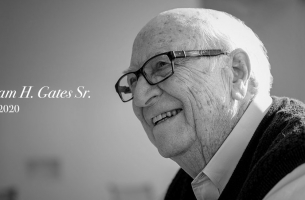 Mr Bill Gates Junior wrote an article to honour his father with a tribute. It tells how Mr William Henry Gates aka Bill Gates Senior was as a person and how much positive influence he had made around the world. Below contains an abstract from Mr Bill Gates Junior. Dad wrote me a letter on […] Every Singaporean adult will receive $100 tourism vouchers this December

The rationale behind this initiative is to aid support to Singapore’s tourist attractions and to preserve their capabilities that have been built for years. So long as you are a Singaporean aged 18 and above, you will be granted $100 digital vouchers to spend at local staycations, attractions and tours. Isn’t this great? Now we […] Hope of having a Singapore-Johor family lane

This story began with a Singaporean write, Mr Glen Chee Juan Jeng who had a Malaysian wife, Candy. He was unable to meet his wife since March ever since the border restrictions were implemented. Just imagine being married but not being able to see your partners for so long. Mr Chee voices out in hope […] Chinatown to introduce fun activities to draw back its crowds

You may now explore more activities at Chinatown such as colouring traditional Peranakan tiles and making bracelets in Chinatown this weekend! Chinatown Business Association (CBA) is trying to bring the crowds back to how it was before the Covid-19 pandemic. To attract the locals to visit this once bustling area, CBA has came up with […]